No. In the book of Acts we find around one hundred twenty men and women gathered together in the upper room on the day of Pentecost—not just twelve. And we find the same to be true of Jesus' ministry as we read of other disciples beyond just "the twelve" (e.g. Luke 6:13, 10:1; John 6:61–67).

I've been challenged lately to seek to be one of the "unknown" disciples. God needs men like Abraham, Moses, David, Peter, and Paul, but He is also looking for men like Elihu, Baruch, and Onesimus. As Brother Smith put it, "We need more missionaries whose names don't appear in the credits."

As we've begun our initial survey of Colombia, we are finding many locations where workers are needed—not just workers with college degrees and specialized training, but workers who are willing to live, suffer, give, and serve among the unreached peoples of Colombia. Some of these groups have a New Testament or have a translation in progress, yet many villages still have no Christian witness—not a church or even a single Christian.

Some of these places are open and have invited us to come start a Christian work there, but some are closed, not allowing any Christians to come. These people have been misused in the past and don't want any "outside" influence. This cries for more prayer warriors to beseech God to throw open the doors for the Gospel to penetrate these places.

Maybe you don't feel you're a Gideon. But remember that Gideon didn't fight alone. Phurah* was there along with three hundred other men whom God chose. God is looking for faithful Phurahs to advance His kingdom among the unreached people of Colombia!

In many ways the survey work here has just begun. Though we have taken a few trips and looked at several groups, our traveling has not really begun yet in earnest. One reason for this is that we first need to understand what other Christians are doing and where they are working. This is a great need in missions today. We praise God that there are others who are actively taking the Gospel to the unreached here in Colombia, but it's a bit of a challenge to gather all the necessary data to make sure we don't "double up" on current works in progress.

This month, Lord willing, we will head out and start visiting some of the indigenous communities, using the foundational information we’ve already collected. So pray with us in the following: 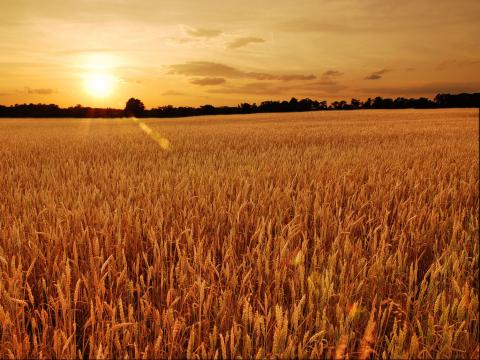