Book Review of The Messenger, the Message, the Community, by Roland Muller
Part 2 of 3, THE MESSAGE

This section of the book presents an approach to understanding worldview, culture, sin, and the Gospel, including material which Muller writes is “not presented in any other Christian book that I am aware of,” as of the time of writing.

An understanding of sin starts with Eden, in Genesis 3. What effects did sin have on mankind, already before God passed judgment and established consequences? Muller points out three effects of sin:

Guilt. “When man broke God’s law, he was in a position of guilt.” Adam and Eve suddenly understood both right and wrong, for they had done wrong. They felt the sting of a guilty conscience. But guilt is not the only effect of sin.

Shame. “When man broke God’s relationship, he was in a position of shame.” Adam and Eve covered their bodies and hid from God. The Bible deals throughout not only with guilt, but also with shame.

Fear. “When man broke God’s trust, he was in a position of fear.” Adam told God, “I was afraid.” Along with guilt and shame, the Bible message often addresses fear.

Muller is careful to differentiate between sin and guilt, which he says many Western theologians fail to do. Guilt, along with shame and fear, is an effect of sin. When the Gospel of Jesus deals with sin, it deals effectively with guilt, shame, and fear.

Over the centuries, cultures have tended to develop around one or another of these effects of sin on mankind. For example, here in the West, influenced by the law-based thinking of the Roman world, we tend to view the world through a grid of right and wrong. Guilt vs. innocence. If I do nothing that breaks a moral code, I am innocent. If I do something wrong, I am guilty. Our worldview understands guilt, but gives very little notice to shame and fear.

On the other hand, many cultures, including those in which Islam was founded and has flourished, operate out of a more shame-based worldview. Honor and shame dominate their life and relationships, while right vs. wrong is a paradigm they almost entirely overlook. Muller shows from experience that the implications of this difference are immense, and lie at the root of the frustration and ineffectiveness many Westerners experience when attempting to minister in such settings. On the large scale, this worldview difference explains why Westerners can condemn a Middle-Eastern leader as irrational and guilty of terrible crimes, while his own people may lift him up as exemplary for defending his honor and that of his country.

Yet other cultures are built around a worldview dominated by fear. In these cultures, common among tribes in South America and parts of Africa, the fight is on to control the spirits and the elements. Power means everything in a fear-based culture. The people stand in awe of shamans and witch doctors for their influence with the spirits who control the weather and sickness. Fear vs. power is the paradigm these people understand.

Missionaries bringing the Gospel to peoples in other cultures often encounter, sometimes without realizing it, a clash of what Muller refers to as common-ancestor worldviews.

This leads me to three conclusions, all of which Muller points out as well.

2. We should seek the most effective approach when presenting the Gospel. Part of receiving the Gospel is first understanding sin. The guilt-innocence thinker understands his sin through guilt. But trying to help an honor-shame thinker feel his guilt often ends in frustration. Why?

Muller suggests, “The secret to sharing the Gospel, if there is one, is to use one or two of the three common-ancestor worldviews as the initial expression of the Gospel as it correlates with the worldview of the culture you are dealing with.”

“Paul did not preach three separate messages of salvation,” Muller points out. “He preached only one. Paul, however, used different techniques when addressing different people. In his letter to the Romans, he speaks to people who lived in a more or less guilt-based society.” Muller suggests this is why Paul’s letter to the Romans emphasizes man’s guilt as a result of transgressing God’s law—and incidentally, why Romans is often the best-loved of Paul’s epistles in the modern West. In contrast, when addressing the Greeks on Mars Hill, Paul used a different starting point.

With diligence, we can learn to do the same.

3. We must communicate the Gospel in its entirety. Guilt, shame, and fear affect us all, regardless of our culture. All three aspects should be present in our Gospel presentation.

Muller writes, “As I have traveled in North America, I have tried to concentrate my preaching on the fact that God not only offers forgiveness of sins, but He also offers freedom from fear, and wants to restore our worth and value. I have been amazed at the positive response to this message. People have come to me telling me that they have asked for forgiveness for their sins, but they still carried shame. Others are stricken with anxiety and fear. Our focus in the West on guilt has left us with only a partial understanding of the Gospel, and some Christians are suffering because they are still bound by shame or fear.”

In the Gospel, we have the answer for sin and all its effects. Let’s communicate that message! 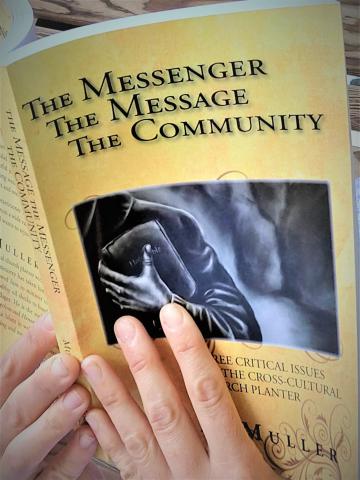