All-Nations Bible Translation is a conservative Anabaptist organization that partners with churches to send teams to unreached people groups. Our Board of Directors provides oversight to the Executive Committee, and the Advisory Council provides additional perspective.

All-Nations' Board of Directors meets quarterly. The Board gives oversight to the Executive Committee and receives regular input from the Advisory Council. 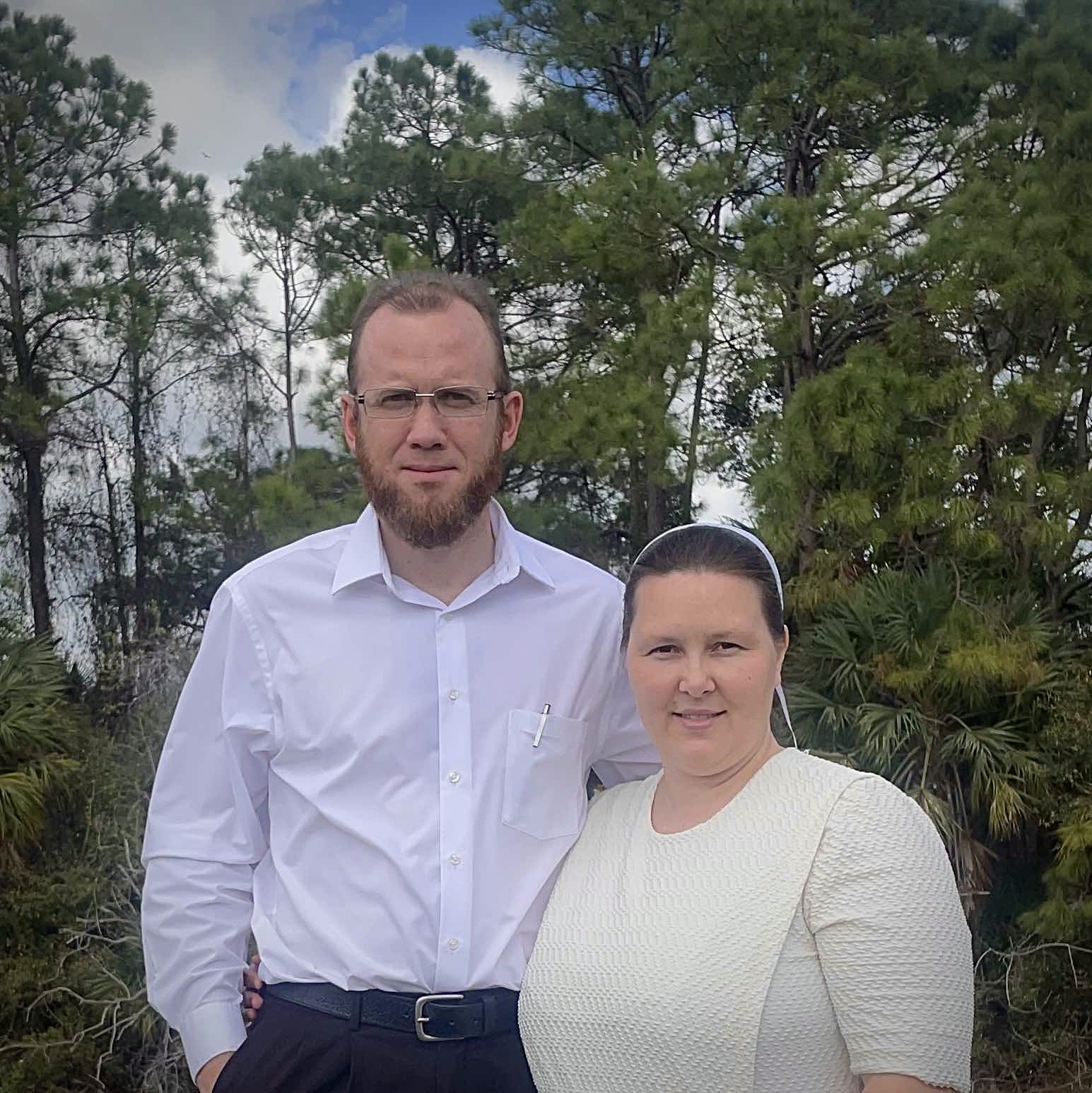 Harold and his wife Larissa and their seven children attend Pleasant View Amish Mennonite Church in Belleville, Pennsylvania. Harold is a phone team member of CAM’s Billboard Evangelism Program, writes for TGS International, and has a sideline construction business. Harold has served as a foreign missionary in Central America and Eastern Europe and has been involved in prison ministry and aftercare in the United States. He believes the power behind any mission is driven by prayer, and therefore has launched EternalPrayerFlame.com. Harold’s heartbeat is to see the Early Church Vision duplicating itself over and over again not only in America but also in every nation, tongue, and tribe. 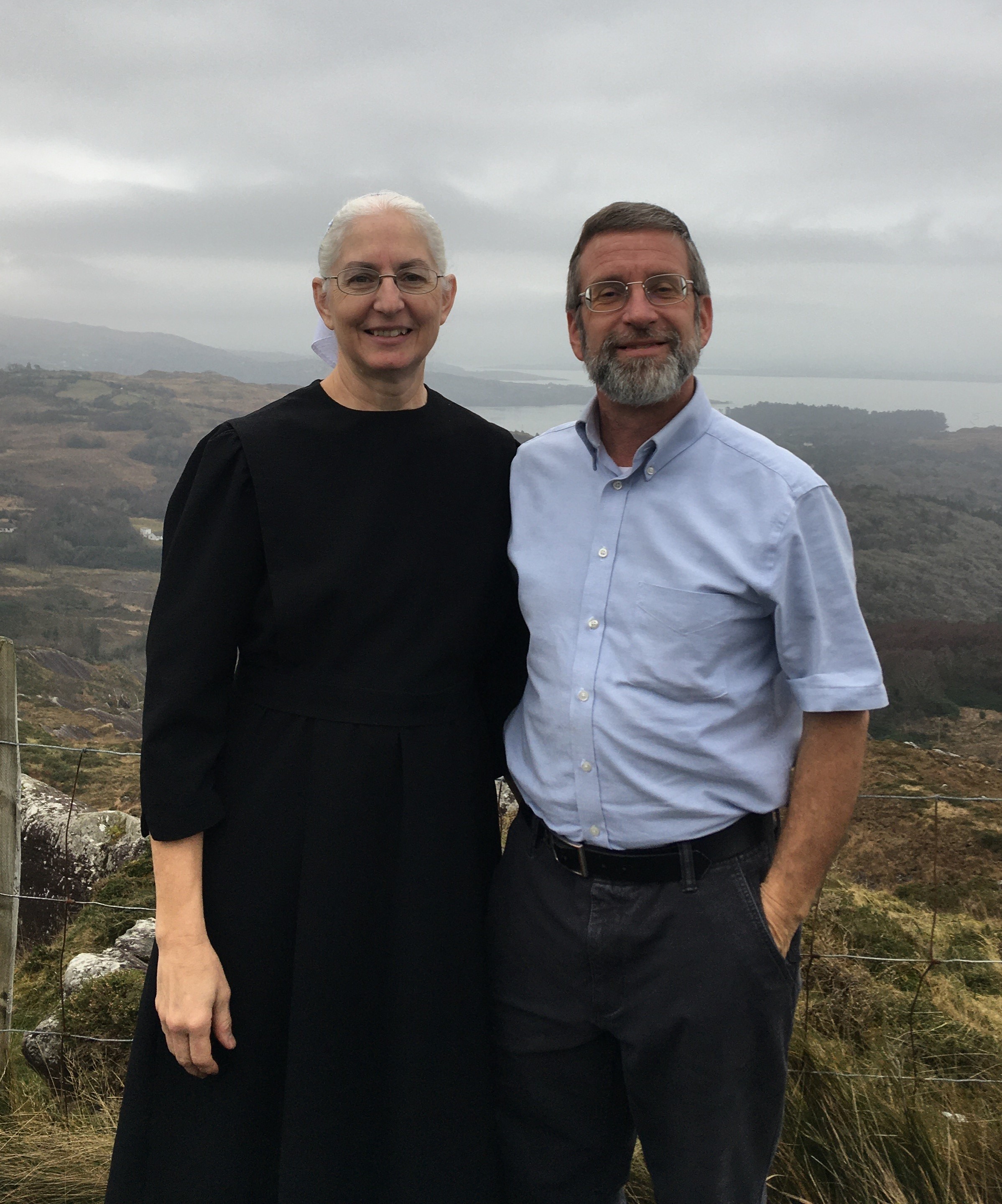 Ken and Linda Miller live in the Shenandoah Valley of Virginia and are the parents of 6 children. Ken serves on the ministry team at Pilgrim Fellowship Church in Stuarts Draft, VA. (Amish Mennonite) Ken is employed at the family business, Milmont Greenhouses. Having served in Northern Ontario, Kenya and Ireland, Ken has a desire to see the Word of God proclaimed to all nations. 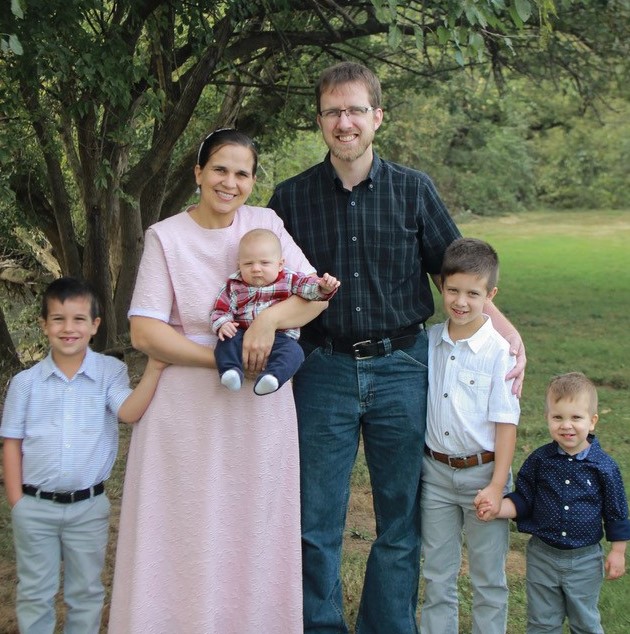 Nathanael and Kathryn and their four sons live in West Farmington, Ohio, and attend Zion Christian Fellowship. This is Nathanael’s home area. Kathryn grew up in Lancaster County, Pennsylvania. They became acquainted while serving together in Kenya and were married in 2010. Their desire is to raise their children to know and love God. They want to be useful in God’s kingdom wherever He leads.

Nathanael works for eMyPeople LLC, a conservative Anabaptist provider of email and internet services, and enjoys the contact with customers from many different parts of the world. He longs to see lost and hopeless people know the Gospel and find the true hope in Christ. 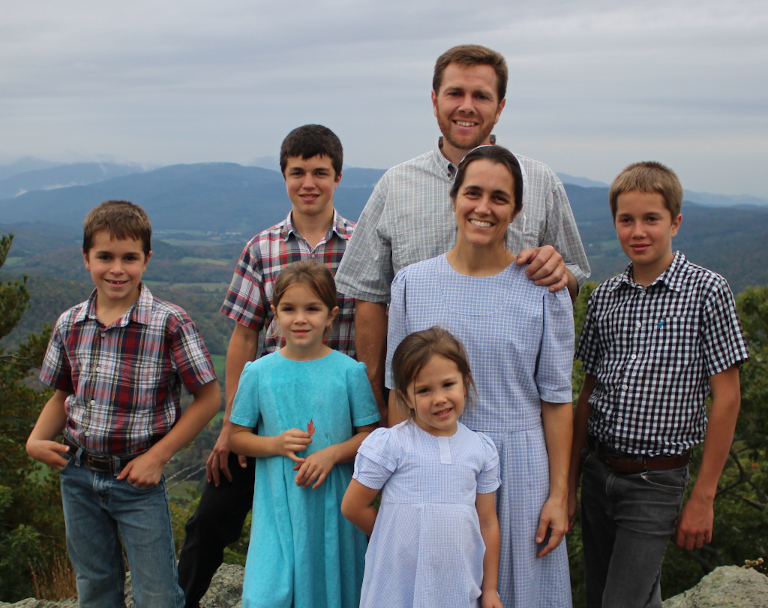 Mick and Laura Brubaker with their five children live near Danby, Vermont. They have been sent to help with a church plant under the direction of Harmony Christian Fellowship near Lebanon, PA. They feel privileged to have been able to serve in Tanzania and Zanzibar for about 9 years. They long to see the kingdom of God spread and churches raised up in all the corners of the earth! 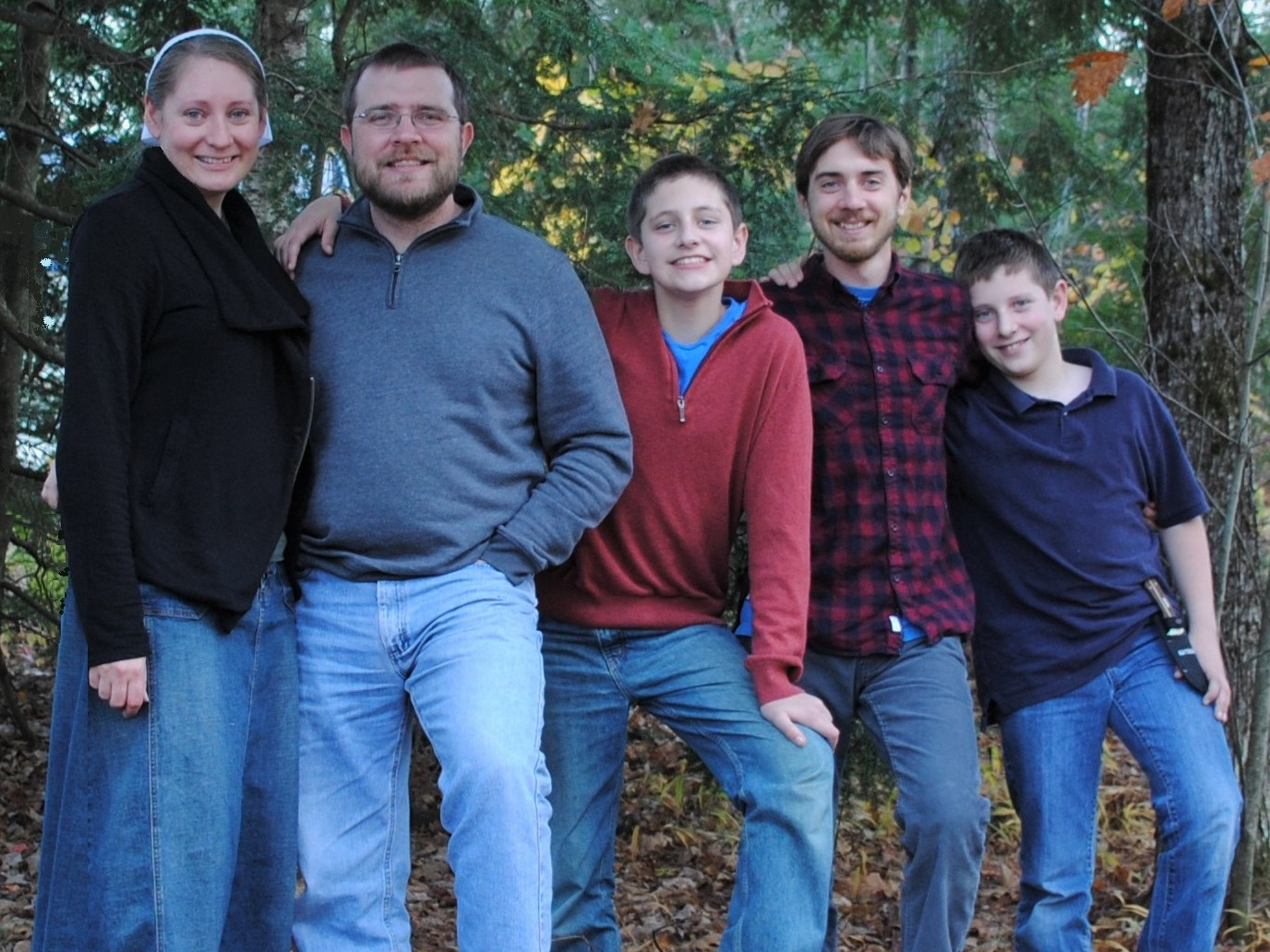 Eric and his wife Melody live in Lisbon Falls, Maine and have three boys. They are members of the Wales Brethren Church, where Eric serves as a deacon. Eric did not grow up in a Christian home and did not become a Christian until he was twenty. Melody grew up in a Christian home where she received a solid Christian foundation. Sometime after marrying they sought out a church that practiced all the commandments of the New Testament. This led them to a conservative community within the Church of the Brethren. Eric is employed as an engineer and enjoys teaching and mentoring others. Eric has a desire to see others apply the Word of God to their lives to bring about real and lasting change toward God. 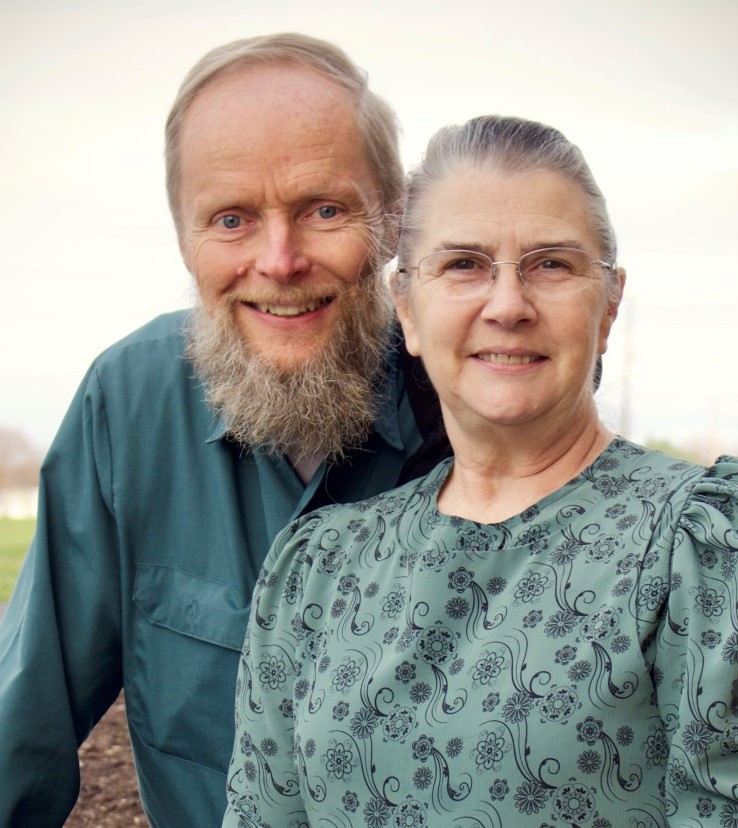 Steve and Debby Clark were born in Seattle, WA in 1953. They married in 1971 and moved to Idaho in 1981. They served in Ghana, West Africa, from 1997 to 2003 and are currently living in Lancaster County, PA. They have 5 adult children and 11 grandchildren. Steve is one of the ministers at Joy Christian Fellowship in Ephrata, PA. He served on the board of All-Nations from its beginning in 2010 through 2019.

The Executive Committee meets weekly and is responsible for day-to-day oversight of All-Nations' programs and development. 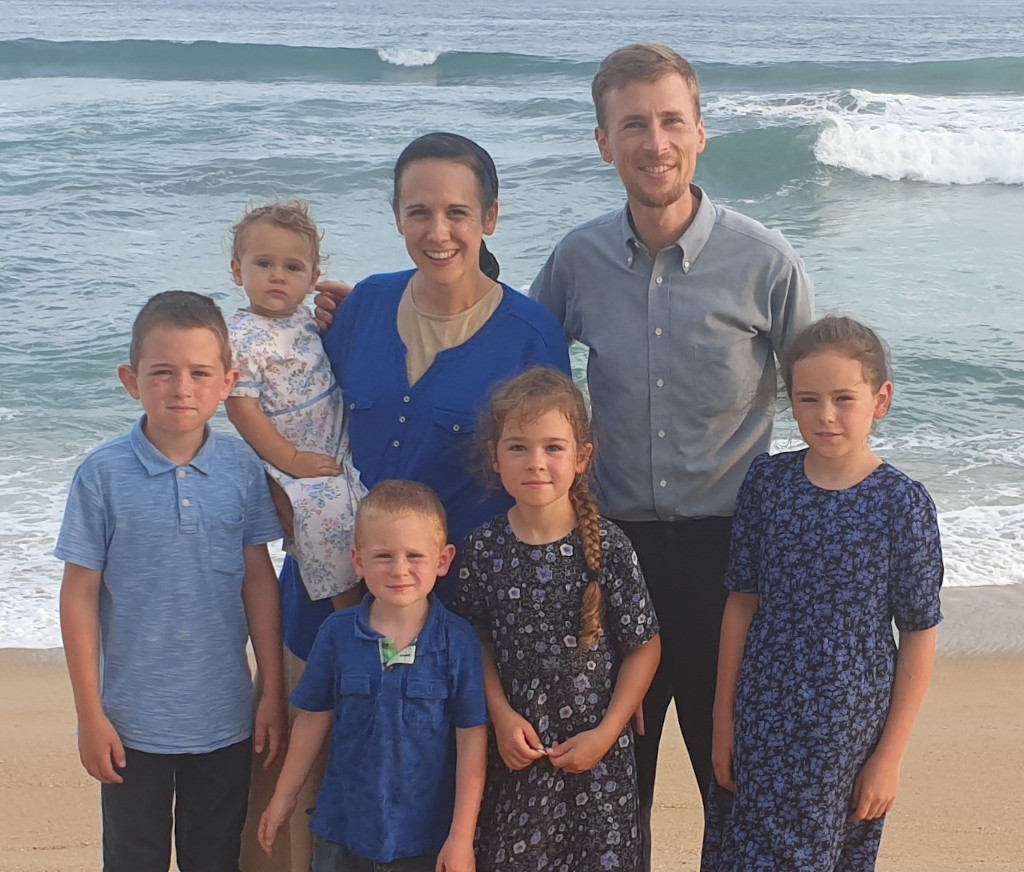 Joel and Kelsey Martin live in State College, PA, and are members of the Followers of Jesus church. Joel chairs the Executive Committee and provides general oversight to All-Nations programs such as church partnerships and training tracks for our members. He is also responsible to oversee building and development projects at the All-Nations base.

Joel is burdened with the reality of unreached people groups without Scripture in their language, and one of his immediate goals is to seek out and recruit many fellow workers to help with this unfinished task. He has served on the Board or Executive Committee since All-Nations was founded in 2010. 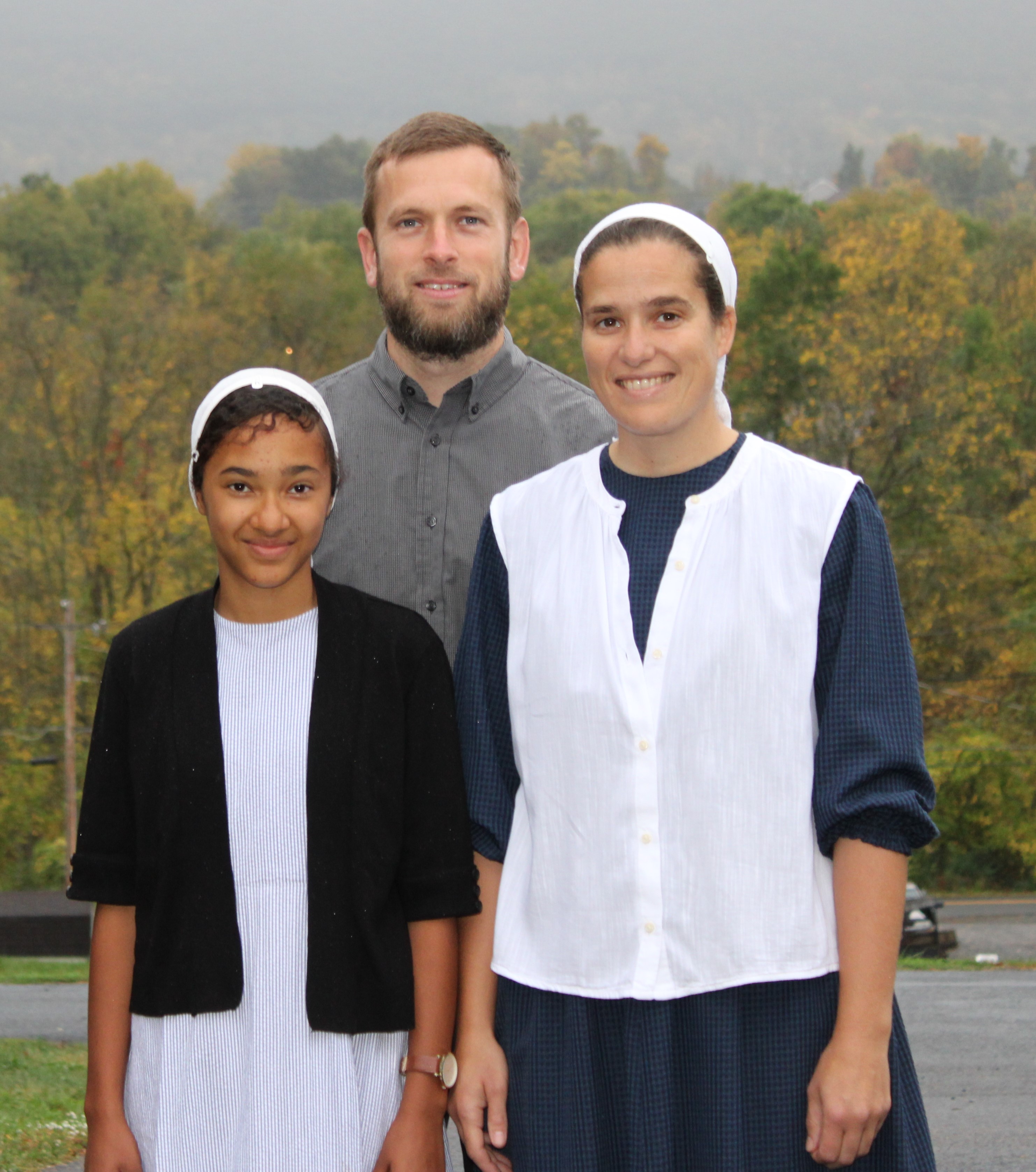 Aaron and Priscilla Crider live in State College, PA, and are members of the Followers of Jesus congregation. Aaron oversees the office and bookwork, spearheads development of resources, and coordinates schedules and registration for events. As a writer, he produces content for the blog, newsletters and other documents and publications. He is also involved in the development of All-Nations' Translation Policy.

Aaron is the All-Nations representative for teams in the Americas and their churches.

Aaron worked for Christian Light Publications for over eleven years before spending four years as a family in a Mennonite church plant in Puerto Rico. The Crider's moved to State College in 2014 and Aaron joined the Executive Committee in 2015. His passion for the glory of God in the church and among the nations has grown through understanding God’s heart as revealed in the Bible. He is grateful to be part of a ministry that partners with churches in this mission. 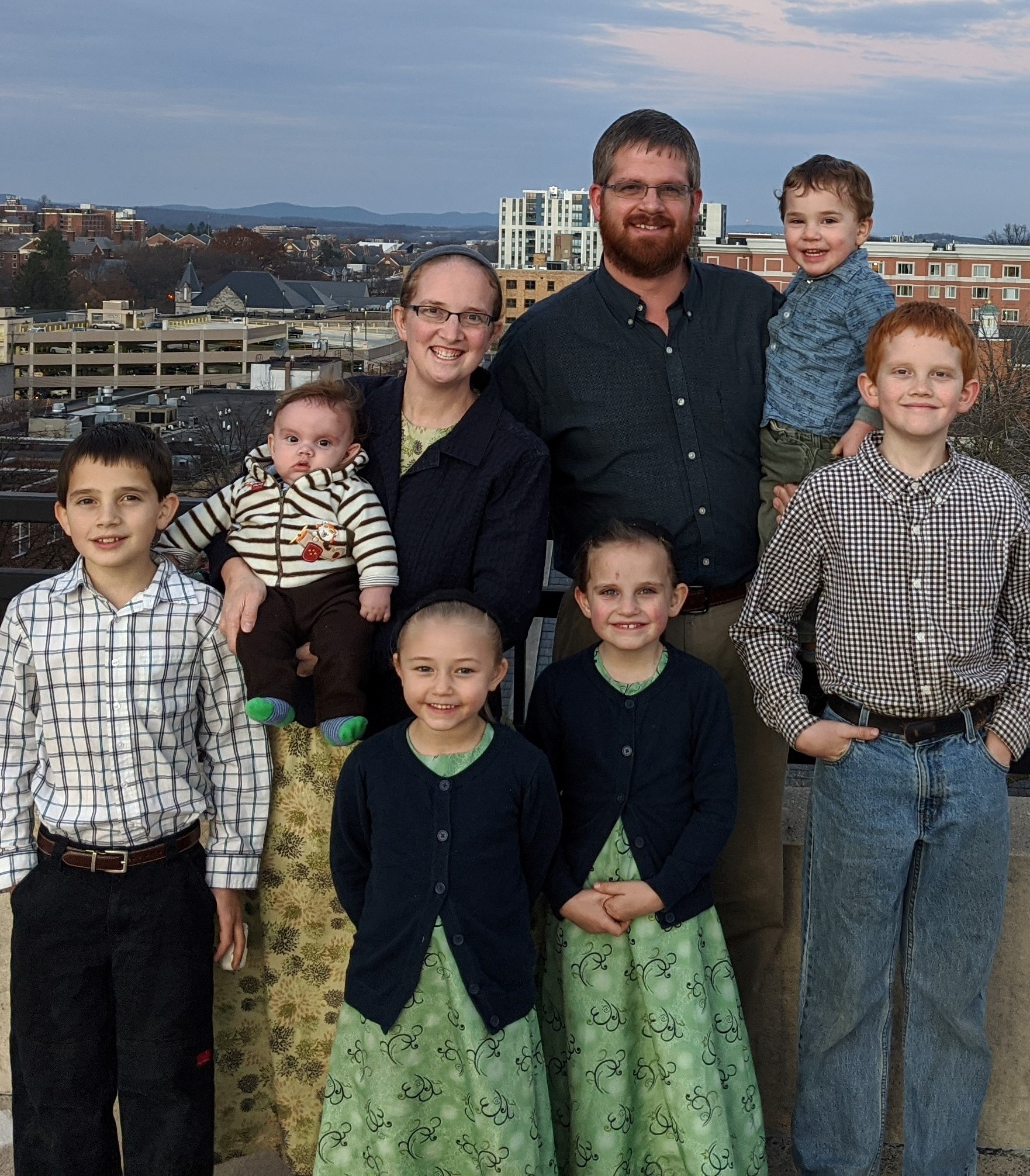 Bryant and Lynelle Martin are members of Followers of Jesus at State College, PA. Bryant is responsible for communications and awareness efforts of All-Nations. He oversees the website and blog, newsletters and emails, and is involved with awareness presentations and tours. He is also responsible to work with the property caretaker overseeing grounds upkeep and facility maintenance.

Bryant is the All-Nations representative for teams in Africa and the Asia-Pacific region and their churches.

Bryant taught school as a young man and participated in a summer missions trip to China, Thailand, and Laos. He met his wife at Faith Builders' Teacher's Week, and after they married they joined and participated in the outreach of a Mennonite congregation in the city of Altoona, PA. They joined the young congregation at State College in 2015, bringing with them a vision for translation work and the dream of reaching out on campus with a coffee shop. Bryant and Lynelle are the founders and owners of Sowers Harvest Café.

Bryant treasures the memory of an older mentor speaking prophetically, “Bryant, this is your generation; there are so many resources available and there’s a lot of work to be done in translation.” He joined the Executive Committee in 2015. 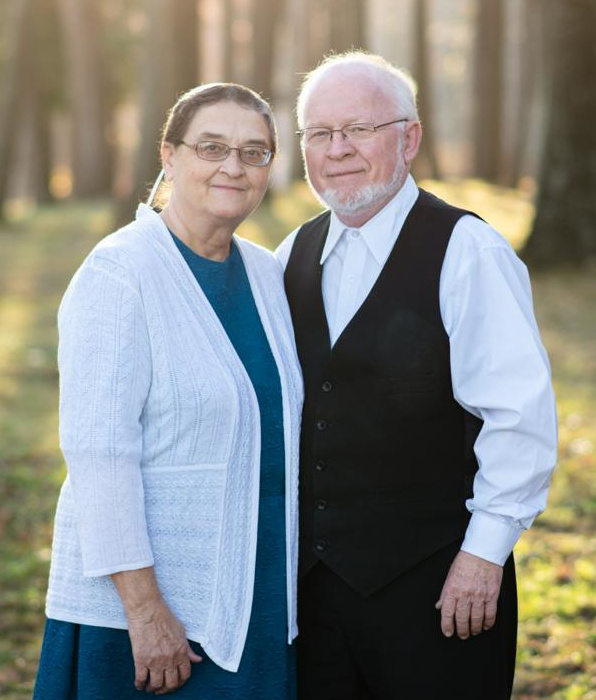 Earl and Edna Peachey live near McVeytown, PA, where he served for many years on the leadership team of Valley View Amish Mennonite Church. Earl and Edna spend many years in mission and church-planting work both in Africa and on the board of Amish Mennonite Aid. His passion is to teach those who can teach others, especially where people have little access to godly teaching, as Paul exhorts Timothy in 2 Timothy 2:2.

Earl brings a desire to both teach and learn, as a supporting staff member of All-Nations, to help facilitate our partnerships with sending churches who provide oversight to church planting efforts.

All-Nations' advisors give input as requested and meet annually with the Board of Directors and Executive Committee. 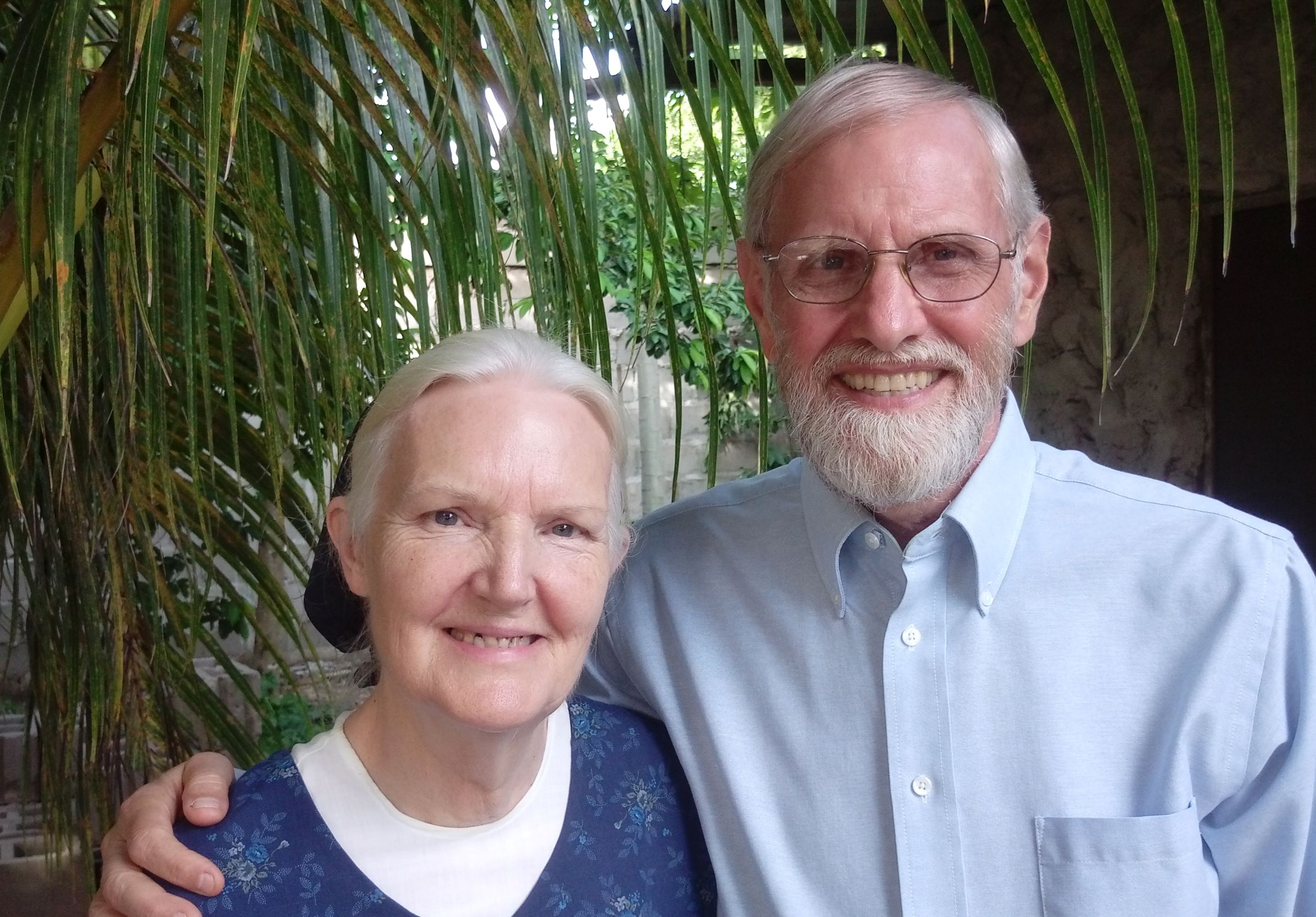 Brother Jay and his wife Amy worked as missionaries for 25 years, mostly in southern and eastern Africa. After getting married overseas in 1980 he served in evangelism and discipleship ministries on university campuses and later coordinated an agricultural development project in post-war torn Mozambique. They raised a family of five children overseas. Later they had the opportunity to teach English together with their grown children in a limited access country in Asia. Most recently Jay and Amy spent five years doing business and outreach in northern Mozambique. They presently reside near Ephrata, PA. 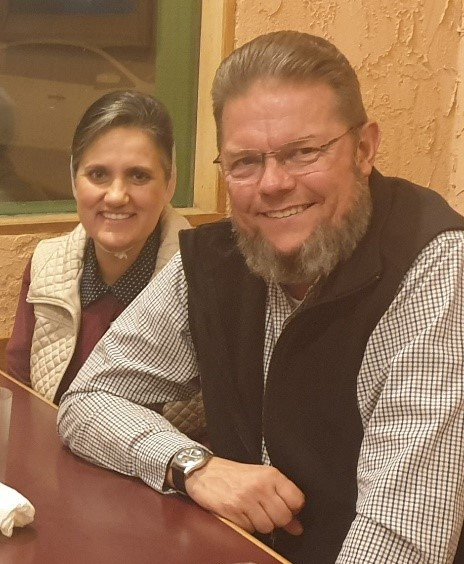 Joe and Melanie Root live in the city of Chilpancingo, in the state of Guerrero, Mexico. Joe is one of the pastors of the Cascade Valley (Brethren) congregation of Ellensburg, Washington, from where they were separated unto the calling of gospel ministry in Mexico in 2018. Joe and Melanie have 2 children, both married, and 15 grandchildren. Joe grew up in California in an atmosphere of deep respect for the tremendous gift of God’s Word and is thrilled with the vision of ABT to both provide and teach the Bible to those who have not heard it! The “ongoing Acts vision” …of the gospel of Jesus Christ being preached in the “regions beyond” with New Testament churches being planted and watered in the 2000s has been a growing, life changing passion for Joe and Melanie.

Joe and Melanie are grateful for opportunities to serve their children and grandchildren, (though living away from all of them) their growing group of friends and brothers in Mexico, as well as traveling and ministering in various capacities, while returning occasionally to their beloved home congregation in Washington.

James K. and Sarah Nolt live in Hinkletown (near Ephrata), PA, and are members of the South Hinkletown Mennonite Church. They have eight children and eleven grandchildren. James has been teaching at Farmersville Mennonite School for thirty-three years, and also serves as Assistant Editor of The Seed of Truth magazine, published by Christian Aid Ministries. James and Sarah have served in Romania and Moldova about five years, mostly with CAM (1992-96) but also with Bethel Mennonite Fellowship Mission (2009-10). Other involvements include the Conservative Mennonite Teachers’ Institute, Advisors Committee for Christian Light Publications, and the Muddy Creek Farm Library (a Mennonite historical library, archives, and museum). James also serves with the Word of Truth Ministry, which was recently established to give oversight to Weaverland Conference members in training with ABT. A favorite song: “I Love Thy Kingdom, Lord,” and a favorite verse: “For to me to live is Christ” (Phil. 1:21a). 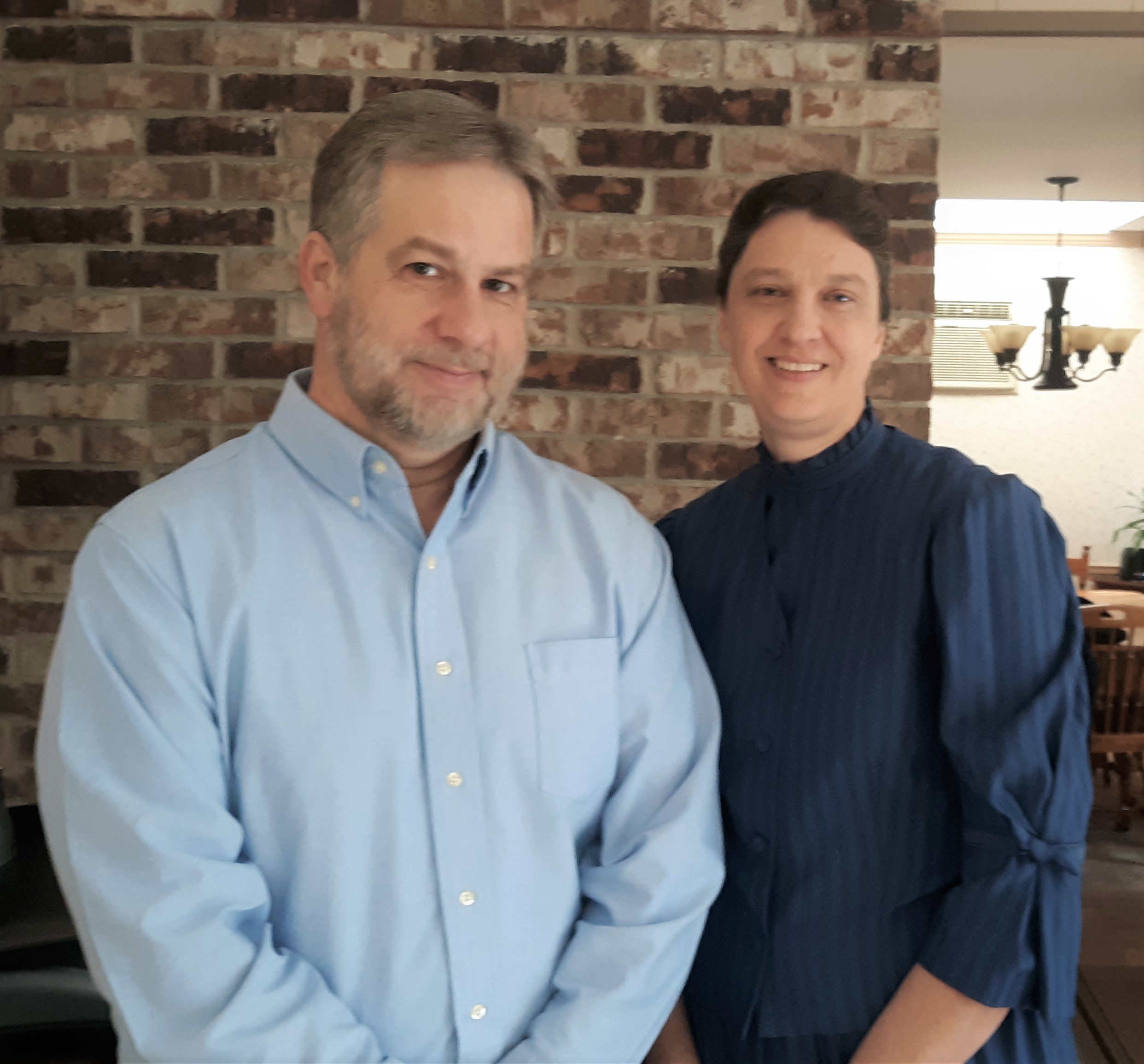 Paul and Alice Shirk reside in Dover, PA and are members of the Pleasant Hill Brethren Church where Paul serves as an ordained minister/elder. He is an instructor in ministry training for the Council of Brethren Elders and a writer for Bible Helps. He has helped plant an indigenous Brethren Church in Ukraine. For an occupation, he works as a project manager for WellSpan Health in the design and construction of medical facilities.

When looking back, Paul and Alice see how God used each life experience to prepare them for their next phase of ministry.

Paul has a desire to see home churches firmly grounded in the Word and sound doctrine and having a zeal to make disciples of all nations. He counts it a privilege to be part of the mission of ABT to spread the Word of God in the world by translating it into indigenous languages and planting indigenous churches. 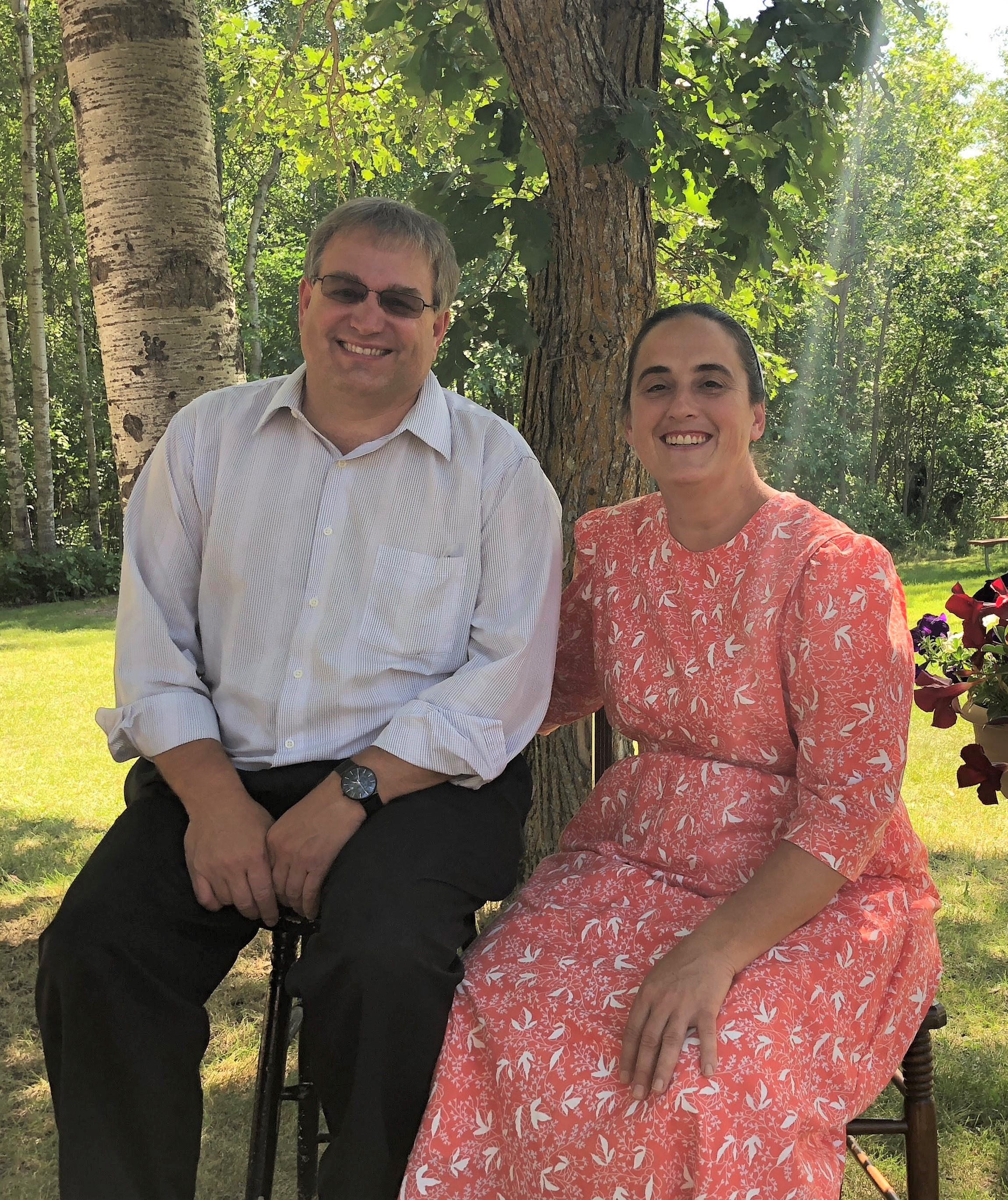 Clyde and his wife Anna Mae have spent parts of the past 5 years living in Bangladesh working in Christian Aid Ministries’ Microfinance Solutions SALT program and working with Financial Literacy International in English teaching and indigenous church planting. He works for CAM as an assistant director in the SALT program with a focus on Asia, working with various missions using sustainable community development and ongoing Bible based teaching as a means to share the gospel.

Clyde works part-time for Anabaptist Financial doing business advising to share his burden of using business as a mission for the Kingdom of God. When stateside, Clyde and Anna Mae live in Altoona, Pennsylvania. The Lord has blessed them with 7 children and 5 grandchildren.

The CAM Consultant serves as a liaison between Christian Aid Ministries and All-Nations Bible Translation. 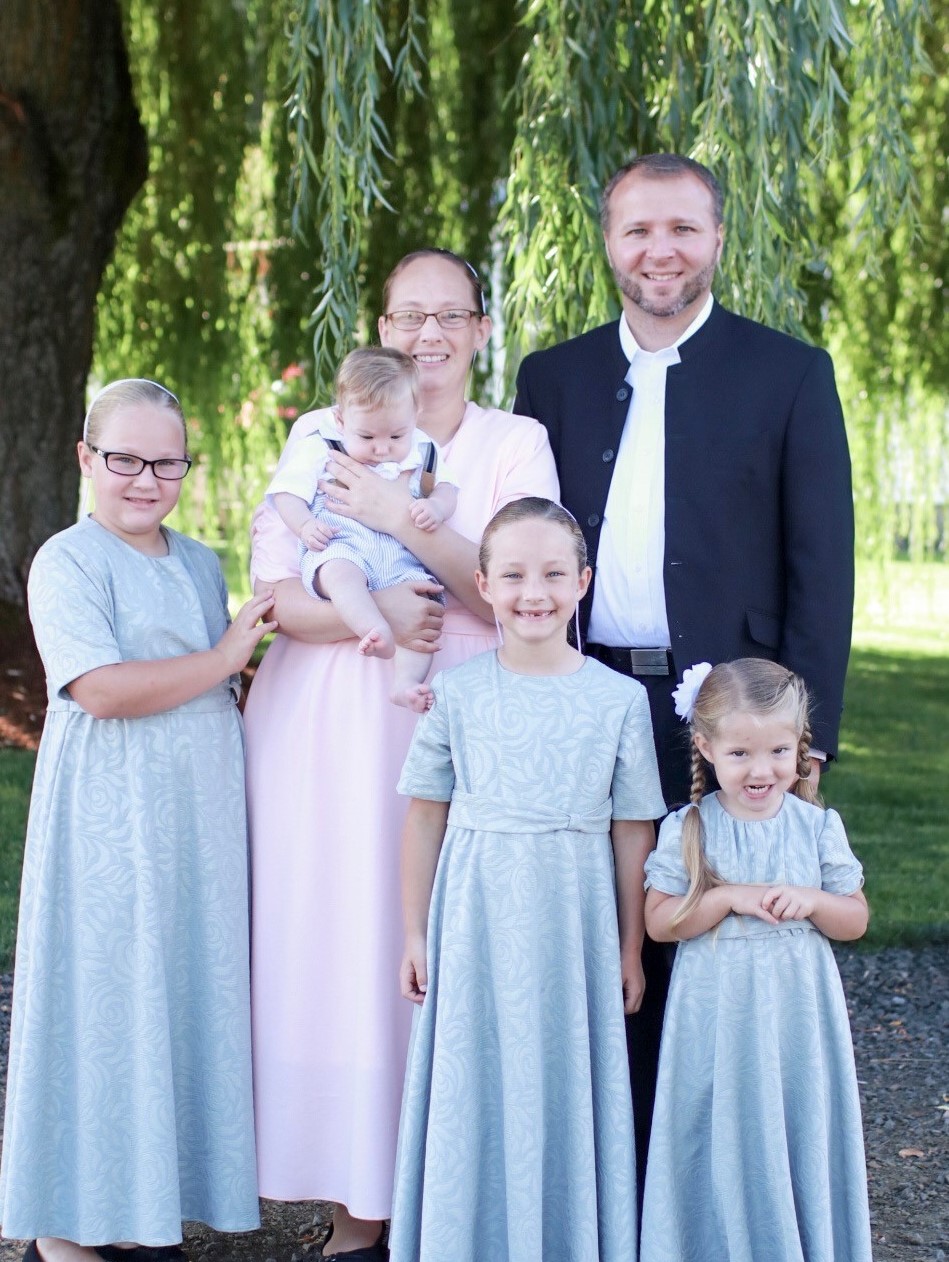