To Live is Christ, To Die is Gain - John Allen Chau

In the Indian Ocean, hundreds of miles off the eastern coast of India, a small group of Sentinel tribal people have lived and died for centuries. These remote Islanders have had a renowned reputation for violently resisting contact with the outside world.

A week ago, a young American Christian named John Allen Chau, passed through the veil into eternity while attempting to make friendly contact with this tribe.

At 26 years old, his unlived future still stretched before him. He loved life, the outdoors, he loved adventure. John Allen Chau also loved God and, according to his parents, “had nothing but love for the Sentinelese people.”

After a number of unsuccessful attempts to make contact with this tribe John began to doubt whether it was wise to continue his mission. His diary makes the uncertainty of this voyage and the knowledge that it could possibly lead to his death very clear.

When wrestling with his feelings and then addressing them to God he wrote, “If you want me to get actually shot or even killed with an arrow, then so be it. I think I could be more useful alive.” And again he wrote, “I don’t want to die. Would it be wiser to leave and let someone else continue? No. I don’t think so…I still could make it back to the US somehow, as it almost seems like certain death to stay.”

The day before he reached the Sentinel Islanders' shoreline for what would be his last time John wrote the following to his parents: “You guys might think I’m crazy in all this, but I think it’s worth it to declare Jesus to these people. Please do not be angry at them or at God if I get killed. Rather, please live your lives in obedience to whatever he has called you to and I’ll see you again when you pass through the veil.”

What motivated John to stay and try once again to reach these natives after they had already shot at him before? Why would he try to go back to this Island once again? The last words he signed out with when writing to his parents give us a clue. “Soli deo Gloria!” (Glory to God alone!)

Therefore, my dear friends, I beseech each of you with tears, along with that great missionary of old to the Romans, “By the mercies of God, present your bodies a living sacrifice…” May each of us be willing to live and die for the glory of the Lamb who gave His life for us! That certainly is “our reasonable service” and shouldn’t it actually be an honor?

Many tribes are still waiting. With John, let each of us be willing to live, and if necessary die, so that they might yet hear the message for the first time.

Read about John Allen Chau from someone who knew him 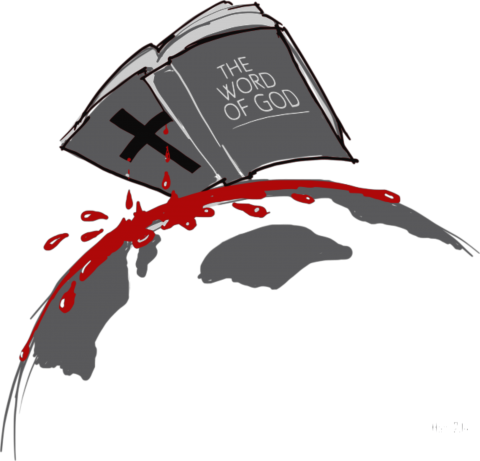