The books of the Greek New Testament were all composed within the first century AD. But as copies were made, changes were introduced in a few different ways. First, scribes made errors when they copied the text. For example, Papyrus 66, which was copied around AD 200, is full of basic errors because the scribe who made the copy did not speak Greek and was copying letter-by-letter (rather than word-by-word). Given that early manuscripts had no spaces between words, it would be very easy to skip over text inadvertently, which is exactly what the scribe did. (Fortunately most scribes did speak Greek and did not make errors like this.) Other changes were introduced by heretics, who were seeking to bolster their false doctrines. And still other changes were made in an attempt to “correct” the grammar and style of the text. But whether the changes were accidental or intentional, the vast majority of them were introduced before the year AD 200.

While it appears that none of these text types preserve much in the way of the false teachings introduced by heretics, it is clear that minor scribal errors and intentional changes to grammar and style are preserved in at least some of the text types. The vast majority of these changes are extremely minor and cannot even be translated into English. And of the changes that can be translated into English, the vast majority are again extremely minor and do not affect the meaning of the text at all. Only a small minority of the differences between the three different text types affect the meaning of the text, but even then, none of the teachings of Jesus and Apostles are obscured by these differences, and so we can have great confidence in Scripture as it has been preserved. Nevertheless, as translators we must choose which text to translate.

One of the most notable examples is the ending to the Lord’s prayer in Matthew 6:13. The Byzantine text, which is supported by 98.7% of the Greek manuscripts, reads, “For thine is the kingdom and the power and the glory forever. Amen.” But the Alexandrian text and the Western text lack this ending to the prayer. So that leaves us with a question: Did Matthew include this ending to the prayer in his gospel or not? That is the question we as Bible translators must ask ourselves. Unfortunately, the answer to that question is too complicated to address in this short email, and even the best of scholars do not agree on the right answer. Translations like the King James Version and New King James Version include the longer ending, while translations like the English Standard Version and New International Version omit it.

Textual Criticism is just one more factor that Bible translators must wrestle with as we seek to translate Scripture into the minority languages of the world. Thankfully, textual differences are so minor that they do not affect the trustworthiness of Scripture. Therefore our confidence in the inspiration of Scripture is not shaken.


Adam Boyd is a Wycliffe Bible translator who works with the Enga people of Papua New Guinea.


For those interested in further reading on the subject of textual criticism, we recommend the article, "A Deeper Look at the Traditional Byzantine Text," by Glenn Kerr. Click here to access. 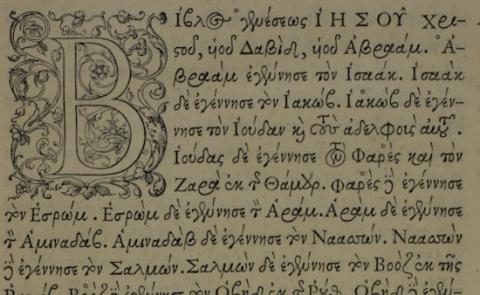